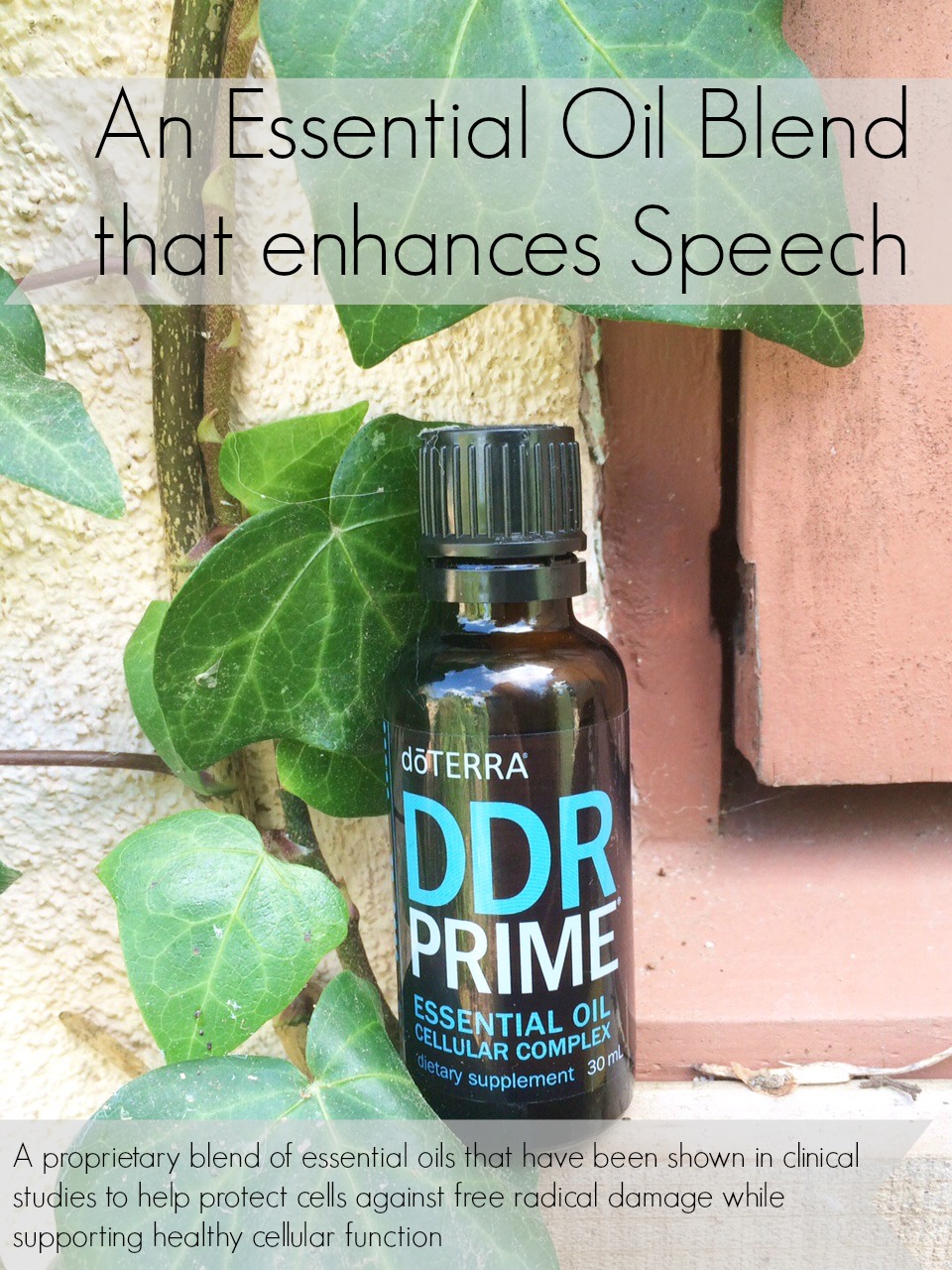 A friend of mine who has two sons with Down Syndrome told me about DDR Prime oil blend, and how it helps with speech in children.

Speech?  I got a couple of kids who need that, stashed it in my cart without much waiting.  SPEECH!

“Just one drop along their spines in the morning.”

Done, didn’t think much more about it.  These oils have done more for us than I could ever explain, I know their potency and rely on them for so many needs.

Elijah has been in speech therapy for 2.5 years.  We also wish Maria was in speech therapy, but haven’t found the right spot for her yet, although we did try singing voice lessons, her teacher trying to get her voice out her the raspy range, one that many of the kids in her orphanage had, I don’t know why.

I ordered the DDR prime, it was a bigger bottle than anything I had received from doTerra before.  I started in that morning, one big drop on along each of their spines while they ate breakfast, just before I put InTune on everyone’s necks.  #MagicPotions 🙂

The next day in the afternoon Elijah told me, “Mommy, I feel very well.”  I remember laughing as his proper English, then my mind flashed to the DDR prime.  There was no way to know for sure if this well spoken, clear sentence was already results from the DDR Prime, or not, but it did strike me as odd.  I continued applying DDR Prime pretty regularly, at least every other day to both kids in the daily morning routine.

We saw a speech improvement in both of them.  BOTH!  At the same time.  Maria’s voice has RARELY been raspy since we started using it. It’s clear and bright.  We haven’t had her practice her voice CDs once since we started.   I consider often if there were other influences that could be adding to these speech improvements we are seeing, in some ways there is no way for me to know if it was this or other influences, but what makes me think the DDR Prime has been a powerful source of speech help is that it has been in BOTH kids, not just one, and other people see the difference as well, not just the hopeful parents.  Elijah’s speech teacher noticed a difference before I told her about the DDR Prime.

Two weeks in, Elijah’s speech teacher was raving to me about how well he was doing, new words, but more so he was using his whole voice, which he sometimes turns off (you can see him talking, but if you were to touch his throat, there would be no vibration, he’d turn off the talking box in there)  He had stopped doing that, for the first time since he’d been home.

(He also had a HUGE growth spurt after we started using this oil….HUGE, eating a ton, and when I measured him he had grown an inch since February)

I can’t say it will work for everyone, but as I researched online, it seems like it works for LOTS of kids, there are moms raving about this stuff, how did I not hear about it sooner?

The purpose and function of DDR Prime is this: Lots of people using it for many different reasons and having great results just like we did.  Had I known about this sooner, I could have saved some time and money driving to voice lessons last summer 😉

We are HAPPY over here about this stuff and we started using it on us and Finley has well once we learned the health and cellular benefits of DDR Prime.

I am excited to share with you guys, if any of you have little ones who need extra help in the areas of speech, I’ve also read many raving reviews on how it effects children with aspergers and Autism.

Find DDR Prime here .  Look under the category Wellness, then Cellular Health, and voila!  It’s a 30mL bottle, meaning double the normal amount you normally receive in a bottle of oils.